In 2003, recognizing a mutual commitment to preserving the agricultural lands and heritage that are fundamental to Napa County’s rural character, the Jack L. Davies Fund, the Napa Valley Foundation and the Napa Valley Agricultural Land Preservation Fund united to create The Jack L. Davies Napa Valley Agricultural Land Preservation Fund. Guided by a volunteer board of directors, the JLD Ag Fund operates under the premise that only an educated electorate can protect the integrity of the land, and is dedicated to a mission of preserving, protecting, and promoting agricultural land in Napa County. 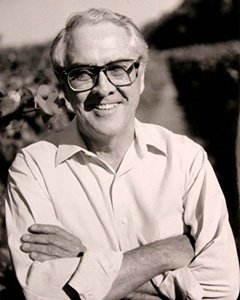 Jack L. Davies was a successful Los Angeles businessman in 1965 when he bought the 220 acre Jacob Schram property in Napa County. Schramsberg, the name of the winery built in 1862 on the property, achieved notoriety in 1883 when Robert Louis Stevenson, in his book “The Silverado Squatters”, wrote long and lovingly about the winery, the wine, the owner Jacob Schram, and the Napa Valley. However, in 1965 after years of neglect, all of the buildings on the property, the wine caves and the vineyards were all in need of repair, restoration or replacement.  Over the next thirty-three  years  Jack and his wife Jamie not only rebuilt the facilities and restored the vineyards  and caves, they also established Schramsberg as the home of an internationally acclaimed sparkling wine. In 1972 President Richard Nixon chose a 1969 Schramsberg Blanc de Blanc to toast the normalization of United States’ diplomatic relations with China during his historic trip to Beijing. While he was busy restoring the vineyards, winery and related facilities, from the beginning Jack found time to become involved in local proposals and issues concerning agriculture’s role and its future in Napa County. In 1967 he served as chairman of a citizen committee formed to support the creation of the Napa County Agricultural Preserve. The controversial aspect of the Preserve was that it established agriculture as the highest and best use of over ninety percent of all the land in the unincorporated area of the Napa Valley. Jack circulated petitions supporting the creation of the Preserve and appeared before the County Planning Commission and the Board of Supervisors to speak in favor of it. The Agricultural Preserve established in 1968 remains today as the heart of Napa’s wine industry. Jack continued until his death in 1998 to be an active participant in every major agriculture-open space issue and program facing the county. The Jack L. Davies Fund was created to continue his work and his vision to preserve agricultural and open space in Napa County.

How We Came to Be

THE STORY OF THE JACK L. DAVIES NAPA VALLEY AGRICULTURAL LAND PRESERVATION FUND The Jack L. Davies Ag Fund was officially established in 2003, however its roots reach back more than 25 years, through the groundwork of the three distinctive groups that eventually came together to form the organization. The Napa Valley Foundation was founded in 1980 by citizens concerned with the direction of local development. Established to encourage awareness and understanding of agriculture and related activities as the best primary use of in land Napa County, the membership organization advocated for concentration of urban uses within the county’s existing cities and urban areas. The Foundation pursued its mission to protect the small town, rural lifestyle which characterizes the Napa Valley by implementing educational programs and conducting public forums on key development issues facing the Valley. Proceedings of the forums were shared with residents in newsletters published and distributed to members. In 1982, grape growers Alex Phillips, Tom May, Louis Martini, Joseph Phelps, Russ Eichner and Ron Wicker banded together to create the Napa Valley Ag Land Preservation Fund. The Fund sought to galvanize the work of a small group of local residents committed to agricultural land preservation. For two decades the Napa Valley Ag Land Preservation Fund funded a wide range of educational and research projects, retaining both a land use expert and an attorney to evaluate the county’s General Plan in order to ensure agricultural land preservation; commissioning legal research to support Measure J, Napa County’s landmark growth management initiative; and sponsoring an educational water forum along with numerous other small endeavors designed to support the work of local schools, museums and organizations such as the Napa County Land Trust. The Jack L. Davies Fund was first established in 1998 as a perpetual memorial to the Davies’ family patriarch. A dedicated open space advocate, Davies and his wife Jamie raised a family and a business, the historic Schramsberg Vineyard and Winery, on a fabled tract of land tucked into the eastern face of Diamond Mountain in Calistoga. Under the tutelage of nationally-recognized environmentalist Dorothy Erskine, Davies was a vocal advocate for the controversial passage of legislation that formed the Napa County Agriculture Preserve and a leading supporter of one of the region’s earliest conservation groups, Upper Napa Valley Associates. The Fund was created to continue his legacy of supporting agricultural conservation in the Napa Valley. Although each organization operated successfully as an independent entity, the history of the Napa Valley clearly indicates that the agricultural community is best served by a spirit of camaraderie, and to this end the three organizations sought to maximize their efforts by joining resources under a single mantle. In 2003, recognizing a mutual commitment to preserving the agricultural lands and heritage that are fundamental to Napa County’s rural character, the Jack L. Davies Fund, the Napa Valley Foundation and the Napa Valley Agricultural Land Preservation Fund united to create The Jack L. Davies Ag Fund. The Jack L. Davies Ag Fund seeks to create a $500,000 endowment to support a perpetual, annual program of micro-grants focused on research and educational outreach. Guided by a volunteer board of directors, the JLD Ag Fund operates under the premise that only an educated electorate can protect the integrity of the land, and is dedicated to a mission of preserving, protecting, and promoting agricultural land in the Napa Valley. 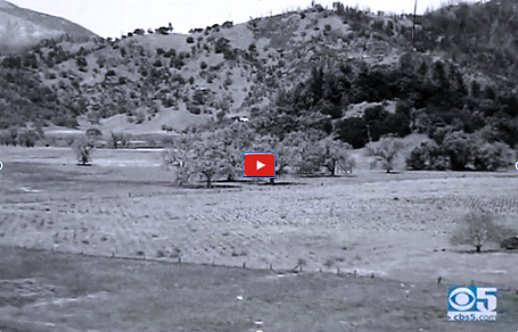 KPIX-TV Eyewitness News report from April 9th 1968 by Pat O’Brien in the Napa Valley, where the Napa county Board of Supervisors and the Napa County Planning Commission have just passed a zoning ordinance creating the Napa Valley Agricultural Preserve. It is intended to protect the agricultural use of land in the valley – particularly winemaking – against being sold for subdivision housing. Includes interviews with John Daniel Jr. (arguing against the ordinance) and Louis P. Martini (explaining why he thinks it necessary). Also aerial views of the Napa Valley landscape and subdivision housing tracts. Opening graphic designed by Carrie Hawks. 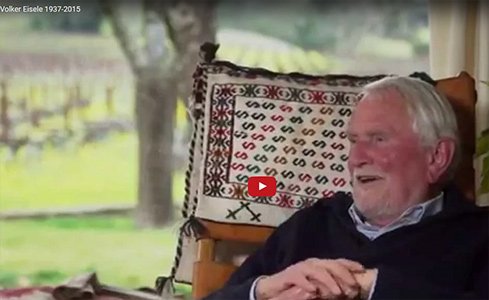 A video in memory of Volker Eisele, a local vineyard owner aptly called the “Lion of Land Use,” and past President of the JLD Ag Fund. His lifetime of unwavering leadership and fierce advocacy for agricultural land and open space preservation was vital to our organization and all the progress in Napa County, particularly with Measure J and Measure P which extended the protection of the agricultural and watershed lands of Napa County. You may read his firsthand experiences in the Oral Histories of Napa County’s Agricultural Preserve.